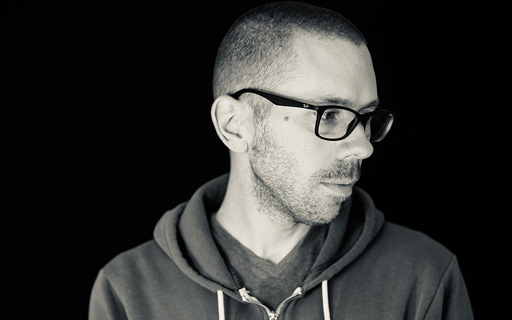 Justin Bianco began making music as soon as he could reach the keys of the family piano. He later learned how to play both it and the violin via the Suzuki method, but gave up the latter after several years of instruction in order to focus his efforts on just one instrument. He played almost entirely by ear, memorizing pieces and writing many of his own. He performed one of his first compositions, “Dragonfly in Amber,” at age twelve.

In his teens, Justin discovered his passion for electronic music and has continued exploring and experimenting with it ever since. Working in each of these genres—and often blending the two—Justin has written, performed, recorded, produced, and released more than a dozen albums over the past two decades.

Many of Justin's tracks have been licensed for use in films, multimedia projects, and music videos (such as the original video for Lana Del Rey's "Blue Jeans"). If you're looking for music for your next project, use the contact form below to learn more.

In 2010, facing years of economic constriction, Justin quit his day job and began working for himself as an iOS app developer. Today he leads two successful companies, forScore and Bitpress and has released over two dozen apps for iPad, iPhone, iPod Touch, Apple Watch, Mac, and Apple TV. His incredibly popular sheet music reading app, forScore, has been seen in window displays, banners, and on demo iPads in Apple retail stores worldwide. It has been prominently featured on the iOS App Store several times and its icon has been repeatedly spotted on stage during Apple events.

While Justin continues to run both of his app development companies, he is always open to exploring new ideas and considers all serious offers for outside work. If you’re looking for someone to develop an iOS app for you, feel free to get in touch below.

Justin self-published his first novel, Shipyard Rook, in late 2011. He continues to enjoy writing as a hobby and does so whenever he manages to break away from writing app documentation and website copy (which isn’t often).

Since he was a teenager, Justin has enjoyed taking photos as a hobby. Although he does not work professionally, he often uses his images as cover artwork for his albums. He combines his love for photography with a passion for design, his skills as an author, his technical mind, and his talent for marketing to create the products he sells.

Sorry, the contact form is currently disabled. Please get in touch with Justin here or on Twitter.